Three protesters are arrested in advance of the royal wedding. Source: YouTube

Three anti-capitalist activists who were planning a mock execution of Prince Andrew with a guillotine to mark the royal wedding have been arrested and detained at Lewisham police station.

Officers arrested Professor Chris Knight, a leading member of the G20 Meltdown group, outside his home in Brockley, south east London at around 6.15pm, according to an eyewitness.

Also arrested were Knight's partner Camilla Power and Patrick Macroidan, who was dressed as an executioner, said fellow activist Mike Raddie, of north London, who was with them.

The three activists were preparing to drive their theatrical props, including a home-made guillotine and effigies, into central London when three police cars and two police vans drew up near Knight's home in Brockley, said Raddie.

"Chris was arrested first. He lay down on the pavement opposite his house to make the arrest difficult," said Raddie. "He was pulled up by four police officers and two bundled him into the back of a van.

"Camilla was put in the back of one of the police cars. Patrick was dressed up as an executioner when he was arrested."

Raddie said the police also seized a van containing the group's props, which included a wooden guillotine. "It's a working guillotine but it doesn't have a blade – just wood painted silver," he added.

A spokesman for the Metropolitan Police said: "This evening, 28 April, officers arrested three people – two males aged 68 and 45, and a 60-year-old woman – in Wickham Road, SE4 on suspicion of conspiracy to cause public nuisance and breach of the peace.

"They are currently in custody at Lewisham police station."

It also states: "PS govt of the DEAD disclaimer: this is a totally non-terrorist event and bears absolutely no resemblance to the Jacobin Terror of 1793-94."

The website said the event would start with a Zombie Wedding Breakfast in Soho Square at around 9.30-10am, after which participants would head to Westminster for mock executions.

Knight was sacked by the University of East London in 2009 over claims he incited violence at the G20 protests.

Raddie said the event was peaceful and the organisers did not expect to get near Westminster Abbey, where William and Kate are getting married. The plan was to join Republic's Not the Royal Wedding Street Party in Red Lion Square, Holborn, central London.

Also with the protesters at the time of their arrest was a Channel 4 film crew, filming for the Unofficial Royal Wedding, due to air at 7.10pm on Monday. Some of their equipment, which was in the activists' van, was also confiscated.

The Electoral Reform Society says that if the 2010 general election had used AV there would be a slight reduction in the number of Tory MPs, a slight increase for Labour and the Lib Dems, and no increase for non-mainstream candidates.

The main likely effect of AV would be for the Lib Dems to grab second votes from the Tories and fend off total annihilation.

The elections saw people looking to the strongest mainstream alternative to the government across the UK. That meant that there were disappointments for many left of Labour candidates.

For instance, George Galloway didn’t get elected in Glasgow—and socialist councillors in England, such as Michael Lavalette, lost their seats.

Michael fought a good campaign but lost by 120 votes after a city-wide effort by Labour to take the seat.

Bolsover councillor Ray Holmes lost his seat too. And Respect lost a councillor in Birmingham.

Many Trade Unionist and Socialist Coalition (TUSC) votes were poor. But where candidates had a record of fighting in their area they could win respectable votes.

For instance, Maxine Bowler won 14 percent of the vote and came second in Sheffield Burngreave ward as the Liberal Democrats were wiped out across the city.

In Northern Ireland, People Before Profit candidates rose above the sectarian headcount that is the Assembly elections. In particular Eamonn McCann came within a handful of votes of winning a seat in Foyle. 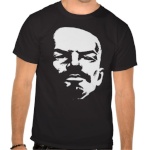